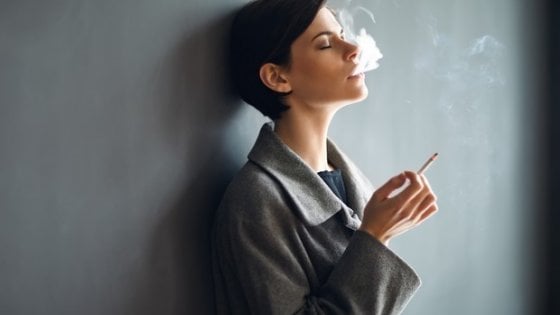 “The study helps to understand how much the satisfaction deriving from gestures counts more than that induced by nicotine, suggesting for future studies to evaluate not only multiple working environments but also different professional figures.”

Catania, November 26, 2021 – Over the past 20 years, action within companies to protect human resources has tried to set up support and prevention activities to counter the tendency to adopt bad habits in conditions of stress and difficulty. However, we must wait until the first decade of the 2000s to have studies on the correlation between smoking habit and stress or risk factors in the office, with research that confirmed how periods with high load of work are decisive in the increase or the decrease in the number of cigarettes smoked daily.

Unfortunately, even though smoking rates have decreased in the last twenty years, the rate of smokers who successfully manage to maintain abstinence remains stable. Only a percentage between 30% and 50% manages not to fall back into the habit, despite the perceived stress in the workplace.

But what happens in the long run? Is it possible to combine different approaches that favour cessation even in a place, such as a workplace, where habits and attitudes influence each other?

The researchers of CoEHAR, the Research Center for the Reduction of Injury from Smoking of the University of Catania, tried to answer the questions. The results are in the innovative study “Impact of a soft tip nicotine-free harmless cigarette as part of a smoking cessation program with psychological support and varenicline: an integrated workplace smoking cessation intervention,” which evaluated the behaviour of two groups of workers/smokers from a company who were provided with psychological support, varenicline-based drug therapy and the possibility of using devices considered to be at zero risk, without nicotine, the so-called QuitGo.

The study determined for the first time that the use of reduced-risk products can significantly reduce nicotine addiction, especially in the presence of harmful behavioural aspects.

For this study, 120 smokers (i.e., the number of daily cigarettes smoked greater than 10 per day) from a drug manufacturing centre were selected and exhibited high levels of work-related stress. The workers were divided into two observation groups, while only a restricted sample was allowed to use the QuitGo. Abstinence was verified through periodic checks at 4 and 24 weeks: from the data of previous studies, the researchers expected to have 50% of smokers able to give up smoking already in the first four weeks. Later the first month, 20% of participants in the QuitGo group and 26.6% of others participants did not show up. Percentages rose to 25% in the first group and 30% in the second. Only 76.6% of the sample with the QuitGo and 72.5% completed the visits at four and twenty-four weeks.

The results of the logistical model analysis showed higher chances of quitting at week 24 in the group that used QuitGo than in the one with high levels of smoking addiction. 80% of all participants said they appreciated the device as a tool to combat withdrawal symptoms.

The research, first of its kind, investigated the impact and the support provided by devices that mimic the rituals associated with smoking, especially in environments with high percentages of stress or risk, such as at work.

The prof. Pasquale Caponnetto, professor of addiction clinic at the University of Catania and member of CoEHAR said speaking of the project: “a high percentage of stress is correlated with greater chances in a relapse, also induced by scarce personal resources, such as the inability to manage frustration, stress, or related to the development of other social skills “.

Dr Marilena Maglia, the first author of the study, also explained: “the importance of associating the commitment to smoking cessation with the support of an innovative but zero-risk tool, leads the person, whether incentivized or not, to maintain constant attention to the target. For this reason, it becomes essential to educate workers who smoke to retain loyalty with the reduced risk product as a tool to counteract behavioural addiction.”

“Studies confirm the need to monitor consumption among smokers in the workplace, as there is an association between cigarette addiction and work-related demand, with high prevalence rates for smokers, is at least double those of other types of consumers “- said, prof. Giuseppe Santisi Professor of Occupational Psychology and Coordinator of the Course of Studies in Psychology.

“The study – concluded prof. Riccardo Polosa, founder of CoEHAR – helps to understand how much the satisfaction deriving from gestures counts more than that induced by nicotine, suggesting for future studies to evaluate not only multiple working environments but also different professional figures.” 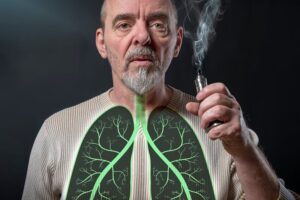 PrevPreviousCoEHAR/O’Leary: “There is a desperate need of living systematic reviews to improve the level of research internationally”
NextIn Dubai, Polosa is the only expert on Harm ReductionNext