The economy of harm reduction: the effects of vaping taxation

In the field of the economic implications of vaping products, Michael Pesko is among the leading experts: health economist and Associate Professor in the Department of Economics at Georgia State University, dr. Pesko is particularly interested in policy changes affecting the use of e-cigarettes. In this article, we provide a synthesis of his work on the economic impact of government and policy makers choices in the vaping market. 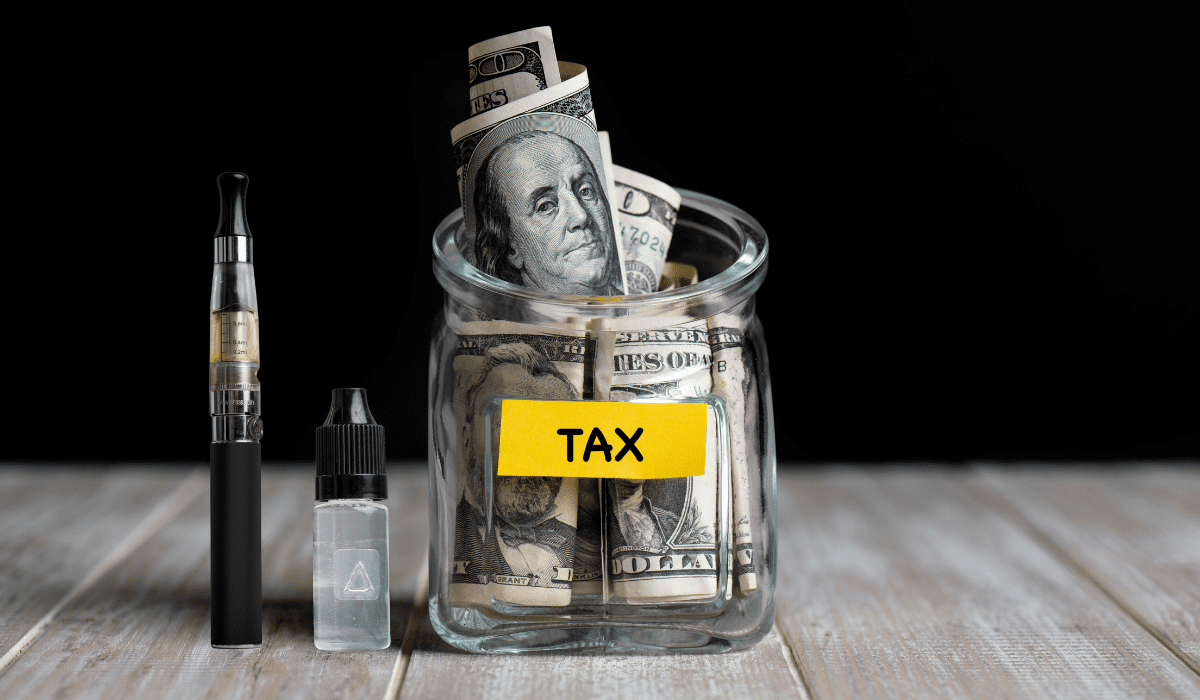 Tobacco harm reduction approaches are mainly based on risk-reduction strategies to inform policymakers and smokers of the health benefits that come from switching to ecig and HTP. But the economic and taxation choices of governments and policymakers could influence vaping demand and consumption?

Since the first electronic cigarette became available on the market, governments and public health authorities tried to understand what would be the short- and long-run health outcomes of these devices. The implementation of national laws to define and regulate production and sales of combustion free products led to an intense debate over the possibility that electronic cigarette and heated tobacco products should be regulated by the same laws applied to any tobacco-containing products.

Moreover, there is a growing concern regarding the use of ecig by young adults and adolescents. To limit this growth, many countries decided to enforce national legislation applying an heavy taxation on vaping products.

Unfortunately, such a decision could lead to unexpected consequences both on a social and an economic level. Furthermore, some restrictions on vaping production and sale are not effectively stopping the use of nicotine and tobacco products among the youngest.

In the field of the economic implications of vaping products, Michael Pesko is among the leading experts: health economist and Associate Professor in the Department of Economics at Georgia State University, dr. Pesko is particularly interested in policy changes affecting the use of e-cigarettes.

As we read in a letter sent to the US Congress Selected members, and co-signed by authoritative colleagues, Pesko states “Our economic evaluations of existing state and county e-cigarettes taxes find that increasing e-cigarette taxes to parity with the cigarette tax rate will sizably increase cigarette use across teens, adults, and pregnant women, compared to taxing tobacco products differentially in proportion to heir health risk”.

Regarding the use of e-cigarettes by adolescents and young adults, we read “Policymakers are understandably worried about youth e-cigarette use. Yet over-regulating e-cigarettes could cause substantial harm. One option for Congress to consider that could reduce youth e-cigarette use (and other tobacco product use), without discouraging use of a potential life-saving product for adult smokers, is improving underage undercover buyer inspection programs of retailers. Retailers are a major source of e-cigarettes for minors today. In particular, youth decoys are prohibited from mis-stating their age and using false identification – two tactics commonly used by actual underage youth attempting to buy tobacco products. Hence, targeted retailers can easily evade FDA underage inspectors. If Congress improved the youth inspection program by requiring use of these methods, it could significantly reduce youth access to all tobacco products (including e-cigarettes), hence yielding significant public health benefit”.

In this article, we provide a synthesis of his work on the economic impact of government and policy makers choices in the vaping market.

Rather than taxing e-cigarettes at the same rate as cigarettes, results lend support to an alternative argument made by many leading national experts to tax tobacco products proportionate to risk.

Third, evidence from a longitudinal cohort study finds that daily e-cigarette use may help smokers to transition to non-smoking even if these individuals had no interest in quitting. This finding suggests that focusing exclusively on smokers who want to quit may underestimate the full impact that e-cigarettes have in reducing smoking. Finally, if e-cigarettes help to prevent or reduce cigarette use among young adults, this may be a factor in generating a high rate of substitution.

Among 18- to 25-year-olds, ecig taxes were associated with increased cigarette use, whereas cigarette taxes yielded increased ecig use, consistent with prior evidence that the two products are economic substitutes. Moreover, tax coefficient estimates for this sample of young adults were roughly three times larger in magnitude than those estimated for adults ages 18 to 40 years in a similar specification, underscoring the importance of assessing young adult nicotine and tobacco use separately from other age groups.

Focusing on young adults during a period of time when ENDS were available, authors find evidence that cigarette taxes remain effective in preventing smoking in this age-group. At the same time, however, the evidence links ENDS taxes to increases in young adult smoking.

Alongside current evidence on the relative health risks of using ENDS versus smoking and prior work indicating that ENDS taxes reduce adult smoking cessation, findings suggest a need for nuance in ENDS policymaking.

Given young adulthood’s significance as a time of transitions toward regular tobacco use, tailoring differential tobacco and nicotine product taxes to reduce this age-group’s use of more lethal products—both combustibles and informally sourced vaping concentrates—is a critical goal for public health policy.

In contrast to having a minimum legal sale age (MLSA) of 21 years for all tobacco products, a different approach is to raise the MLSA for combustible tobacco to 21, but leave the MLSA for e-cigarettes and other non-combustibles at 18 as a way to regulate tobacco products proportionate to risk to incentivize harm reduction.This is similar in concept to Sweden and Norway having separate MLSAs for beer and liquor. The effect of C21 on cigarette use may be larger than T21 because additional people will use e-cigarettes (which can be legally purchased) instead of cigarettes.

There are other ways a C21 law could benefit countries that are not factored into this simulation. One is that C21 could help to disseminate correcting information that non-combustibles, while not harmless, are safe.second added benefit is that C21 could help to combat possible apathy towards these laws. A recent difference-in-differences study finds no effect of existing MLSA laws in Europe, suggesting limited public buy-in to ensuring the laws are successful.

Authors’ policy and behavioral welfare analysis suggests that the 2016 FDA deeming regulation might be mostly harmless: the regulation’s direct requirements are not predicted to change consumer choices or welfarevery much. However, potential future FDA regulations and state tax and subsidy policies could result in larger changes in the intertwined markets for e-cigarettes and combustible cigarettes.

Results suggest that because of consumer optimization errors, many smokers fail to choose e-cigarettes even though that choice would increase their experienced utility. Potential policies like strong warning labels and e-cigarette taxes that further discourage use of e-cigarettes could move consumers even further away from optimal choices and lead to potentially large consumer welfare losses. Conversely, an e- cigarette subsidy could help align actual choices with the choices that maximize experienced utility and yield large consumer welfare gains.

In addition to the changes in product attributes and consumer choices we study, FDA regulations might have important supply-side effects. After a grace period, the deeming regulation requires e-cigarette manufacturers to submit marketing applications in order to continue to sell their products. The FDA (2016) estimates that in response to the market application costs, between 50 and87.5 percent of current manufacturers of e-liquids and 50 percent of current manufacturers of delivery systems will not enter the new regulated marke

Regardless of the data source, authors observe that men reduce their e-cigarette use following an e-cigarette tax adoption.

In particular, youth who have not smoked in the past but initiated their first cigarettes due to the e-cigarette MLSA restrictions may have contributed to a little over half of the increase in smoking participation. Our models also suggest that the increase in youth smoking caused by e-cigarette MLSA laws appears to fade once youth age out of the law. Additionally, we do not find any evidence that the laws affect the use of other addictive substances such as alcohol or marijuana