In a recent study published on Journal of Clinical Medicine, there is now emerging evidence that obesity and overweight predispose to Covid-19 severe symptoms and negative prognosis 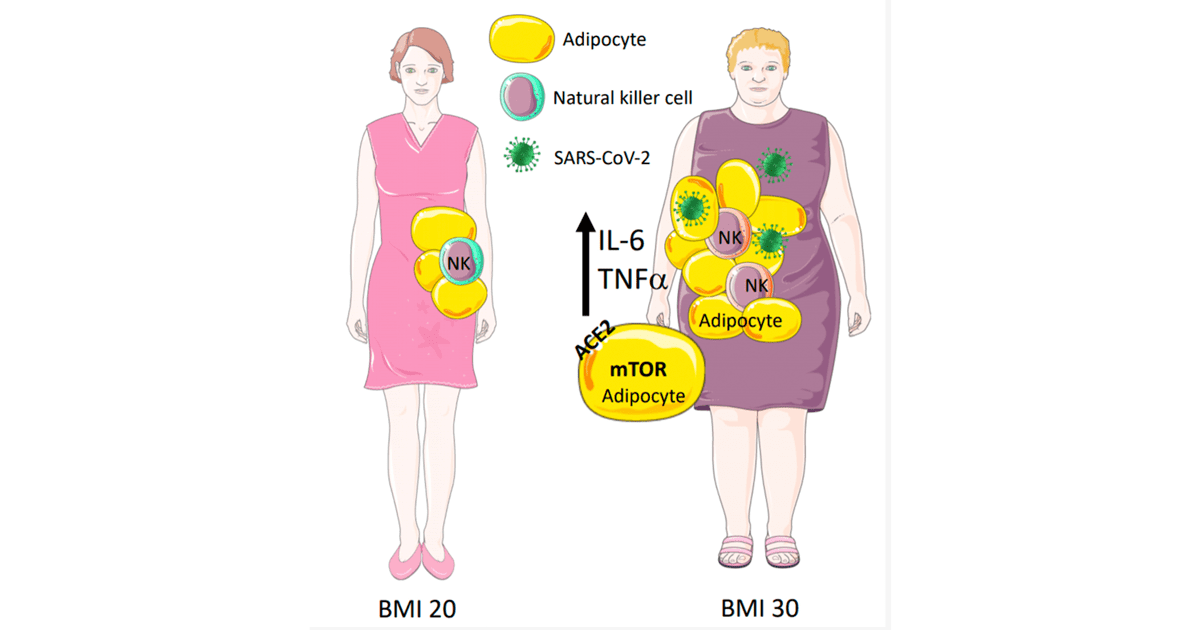 In a recent study published on Journal of Clinical Medicine, there is now emerging evidence that obesity and overweight predispose to Covid-19 severe symptoms and negative prognosis

In the study “COVID-19 and Obesity: Dangerous Liaisons”, the severity of Covid-19 appears to rise with increasing body mass index. The mechanism of this association is stil unknown but the link between covid and obesity has biological and physiological plausibility.

Recent studies have shown that there is a high frequency of obesity among COVID patients admitted in intensive care units, the severity of SARS-CoV-2 disease increases with BMI, and severe obesity may lead to other complications such as heart failure and renal failure and lead to renal support and advanced respiratory care.

To better understand the research, we have interviewed Dr. Adriana Albini, from the Vascular Biology and Angiogenesis Laboratory of the IRCSS MultiMedica of Milan, and co-author of the study.

Good morning Adriana, the study revealed a high number of obese patients among those hospitalized due to covid-19: it was a surprise?

“At the beginning, we weren’t sure about the factors which  would have determined the severity of the disease and its course: it was evident almost immediately the most severe situation were associated with the presence of co-morbidities such as hypertension, and diabetes mellitus, in addition to other cardiovascular disorders . We were surprised to see that obesity was also constantly and significantly associated with COVID-19 and particularly with its more severe forms”.

What are the most relevant symptoms that an obese patient with Covid-19 faces?

“There are many aspects. First, the COVID-19 induces an inflammatory cascade which in the obese patient, who already has a pathology with inflammatory aspects, becomes worse. The second concerns the difficult management of blood circulation and breathing, which are compromised by the infection and somehow worsen. We must also consider mechanical aspects: the obese patient, for example, is difficult to intubate. It can be added that this epidemic has somehow highlighted the fact that obesity must be considered a real disease and not a condition of overweight “.

What are the steps those patients should consider to maintain their well-being?

“In general, public opinion and politicians should be aware of the containment of the phenomenon of overweight and obesity from the pediatric age with the fight against excessive nutrition. Obese patients should consider all those measures, dietary, psychological and physical activity that can put an end to weight growth”.

In a study conducted in the state of New York on 5700 patients, obesity accounted for 41,7% of comorbidities. The most common comorbidities were hypertension (56.6%), obesity (41.7%), and diabetes (41.7%). During hospitalization, 12.2% of patients received invasive mechanical ventilation.

Many studies are focused on the correlation between obesity and the renin–angiotensin system, consisting of a series of enzymatic reactions that lead to the generation of different angiotensin peptides.

After entering the cells, the SARS virus induces a systemic downregulation of ACE2 to prevent another viral infection of the cell. The higher expression of ACE2 in the adipose tissue proves to be a positive counter-regulator of the damage induced by ACE1, on the other hand it favors viral entrance via the receptor bond mentioned above with reference to SARS-CoV-2.

We should also consider the fact that obese patients, as already seen in H1N1 influenza, have an increased duration of virus shedding; symptomatic patients with obesity shed the virus for a 42% longer time than adults who do not have obesity.

Obesity is known to cause chronic inflammation and an increase in circulating, pro-inflammatory cytokines, which may play a role in the worsening of COVID-19 outcomes.

These results suggest that obese people should protect themselves from viral exposure, enhancing protective procedures during SARS-CoV-2 world pandemic. Adopting a healthier and less sedentary lifestyle and controlling the diet means drastically reducing the risk of diseases linked to obesity. 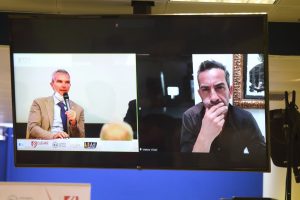 World No Tobacco Day: a training event by CoEHAR discusses the correlation between Covid and Smoking 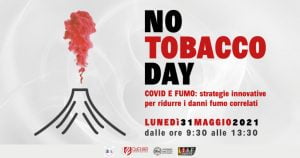