During the 2022 edition of GTNF, the Global Tobacco and Nicotine Forum, Prof. Riccardo Polosa, founder of the CoEHAR, was part of an intense and engaging panel on vaping and tobacco policies at the panel “Banned! Is Prohibition Back?”. 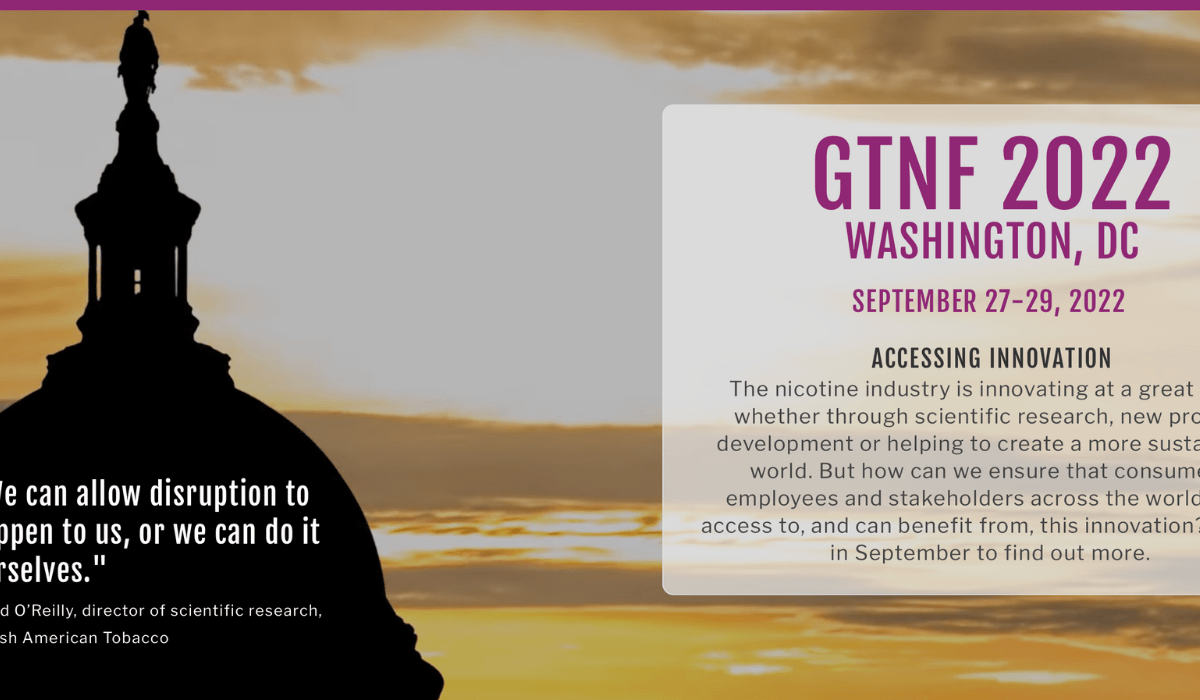 During the 2022 edition of GTNF, the Global Tobacco and Nicotine Forum, Prof. Riccardo Polosa, founder of the CoEHAR, was part of an intense and engaging panel on vaping and tobacco policies at the panel “Banned! Is Prohibition Back?”.

Interviewed by the the press agency ADNKRONOS, he spoke about the need to open a constructive dialogue: “The next government will have the task to set new public health policies guidelines and to open the path towards the right prevention and the adoption of harm reduction policies”.

An open, qualified, mature, and non-prejudicial dialogue can only be an advantage for smokers and society. We need to go beyond the circulation of sensational news, which very often do not reflect any scientific solidity”.

The GTNF is the most important international event dedicated to tobacco control and public health activity From its launch in Rio de Janeiro in 2008 to the present day, the GTNF has become the global exchange for views and ideas between public health experts, government representatives, the industry and investors.

After the GTNF 2020, a fully virtual event, this years edition will feature both a live event held from September 27 to September 29 in Washington DC and a vital, virtual element completing the in-presence meeting.

Thanks to the prestigious work in the field of tobacco harm reduction, the founder of the COEHAR, prof. Riccardo Polosa, flew to the US capital to join a live event dedicated to low risk products and vaping regulation titled “Banned! Is Prohibition Back?.

According to the latest news, many countries are enforcing strict regulation on vaping products, depriving citizens and smokers of a safer alternative to tobacco smoke.

Media misrepresentation, tobacco policies and public health consequences are one of the key points that are in urgent need to be addressed in order to open a positive dialogue on tobacco consumption alternatives.

Proof Polosa panel will be broadcast at 17 (USA time) of September 27.

To get more information, please visit the following link