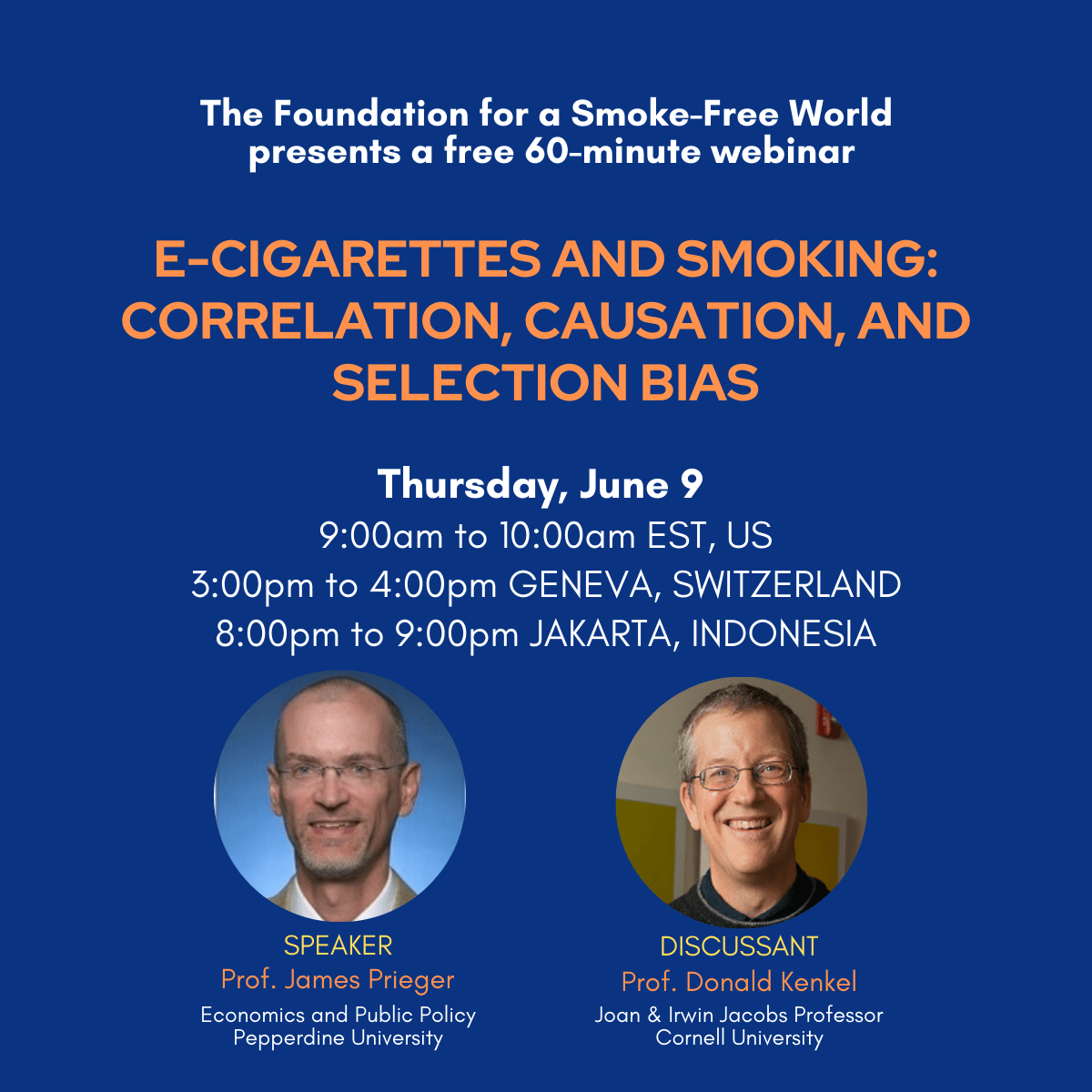 Some public health officials, including those in Korea, discourage smokers from using electronic nicotine delivery systems (ENDS) because ENDS use is positively correlated with smoking in cross-sectional surveys. From the observed correlation such officials deduce that ENDS causally discourage cessation from tobacco. However, use of ENDS is a choice made by individuals, and that choice is highly likely to be correlated with unobserved factors related to smoking behavior. Ignoring this issue of sample selection leads to bias in estimates of the causal effect of ENDS use on smoking. This study investigates this correlation, selection bias, and the causal effect of ENDS use on cessation with several econometric models designed to estimate causal effects from cross-sectional, observational data. Direct and indirect evidence supports the hypotheses that there are 1) selection bias and 2) a causal effect leading from ENDS use to a higher probability of cessation.